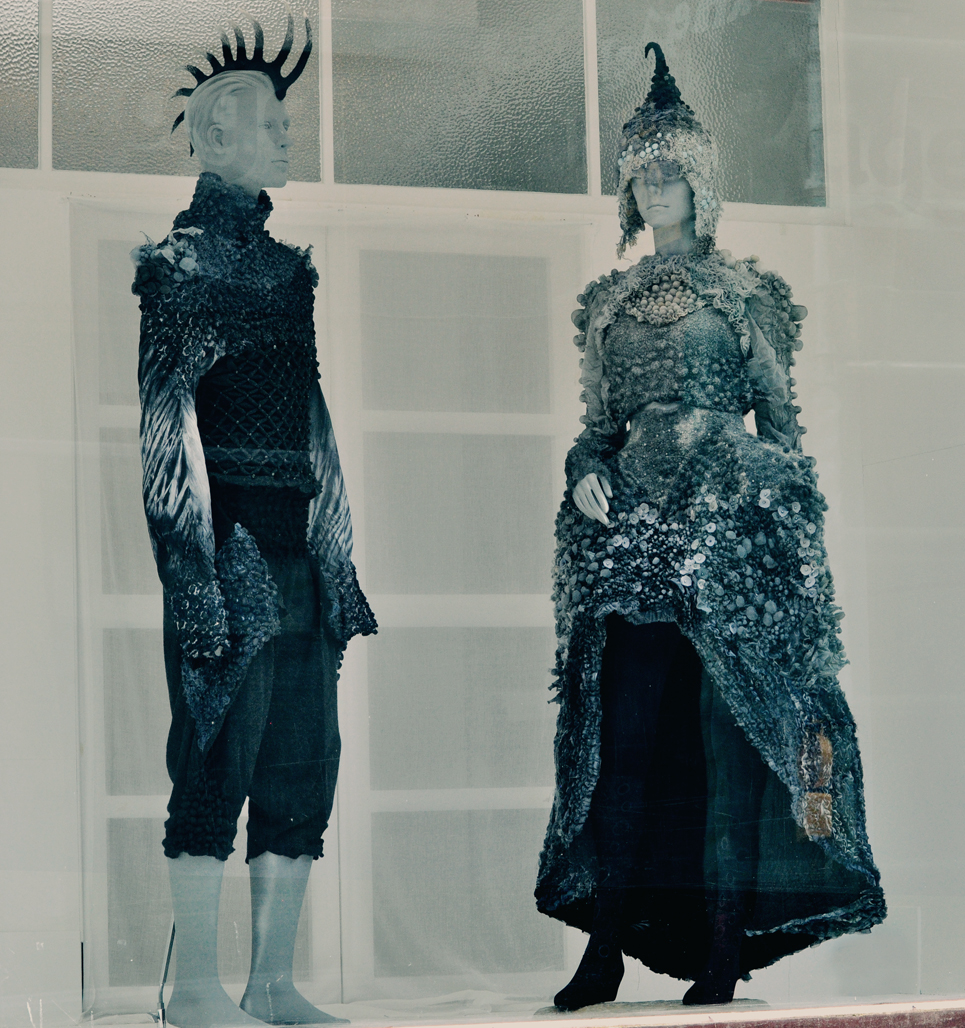 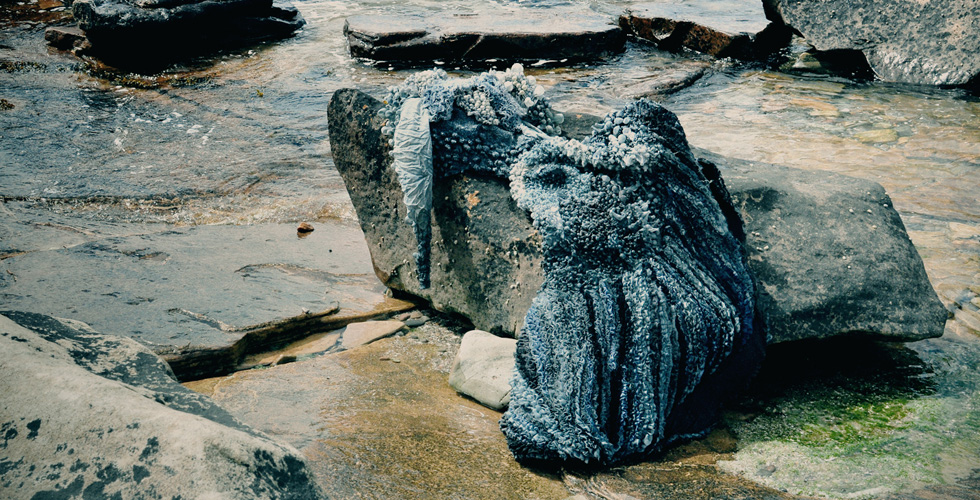 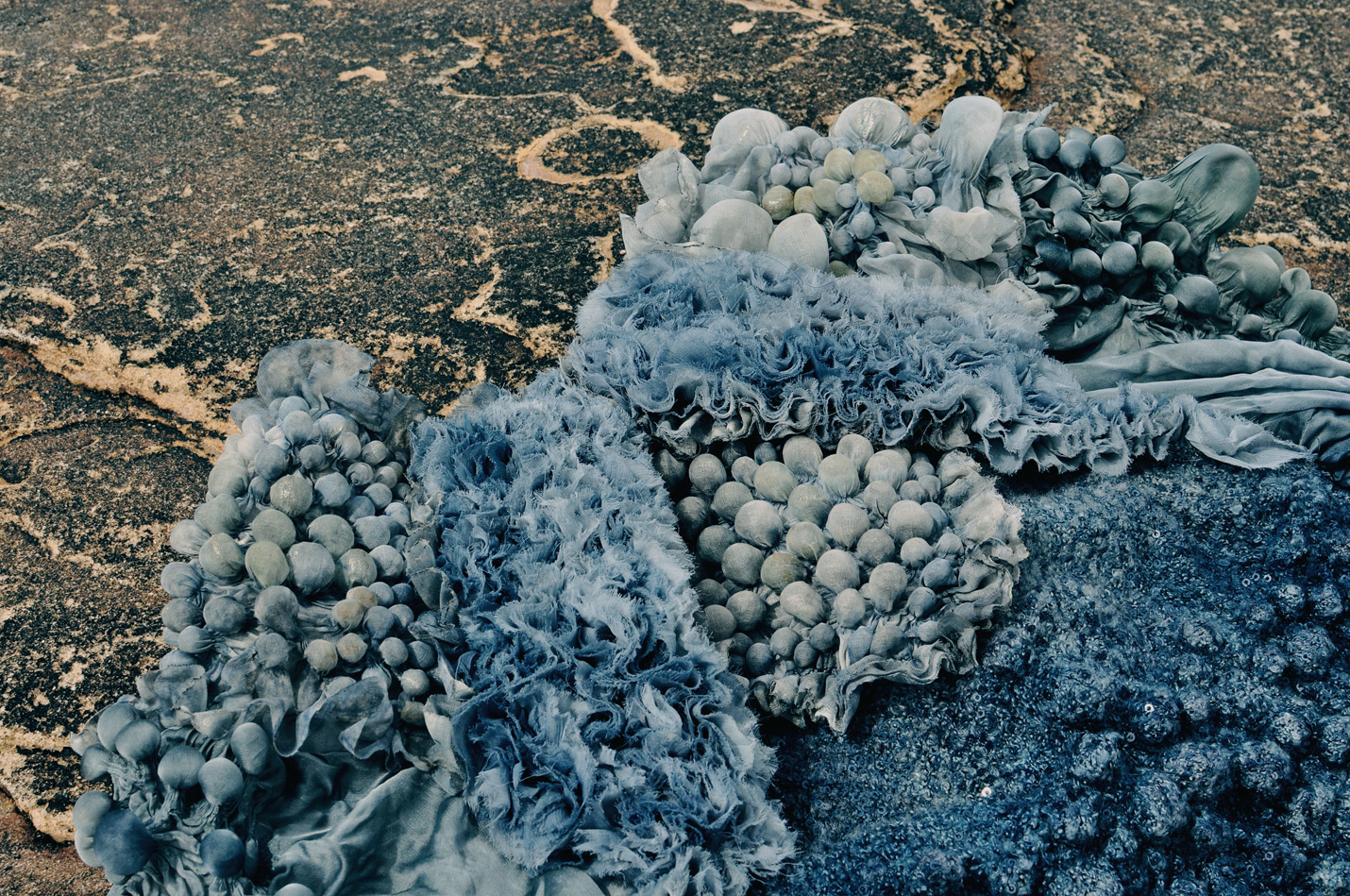 Are inspired by the selkie folklore, shape-shifting beings and their transformative powers.

In order to shapeshift they had to cast off their sealskins. Within these magical skins lay the transformative power to return to seal form, and therefore to the sea.

3D Shibori is a technique for adding texture and shaping textiles by exploiting the thermoplastic qualities of some synthetic fabrics in order to manipulate surfaces. By wrapping items into fabric, securing them with thread and setting them with heat, the process leaves a “memory on cloth” – a permanent record, whether of patterning or texture, of the particular forms of resistance to the change. For fixing the pattern and to create pieces that appear organic, dyeing techniques were used to animate fabric into intricate and delicate shades of grey.

Manipulating the surfaces with 3D Shibori technique was a labour of love, a fascination with the idea that cloth holds the memory of action performed on it, a vehicle for imagination and creativity.

But the Selkie never sheds its skin entirely or forever. The past, present and future is held within it. (As the past is held in pre-loved clothing, the future lies in transforming waste materials into something new and sustainable and the present is the action of doing so.)

Some of the techniques used to create these costumes will be demonstrated in upcycling workshops on the Family Day in the King Street Halls on Saturday 8 September from 10 am to 4 pm. 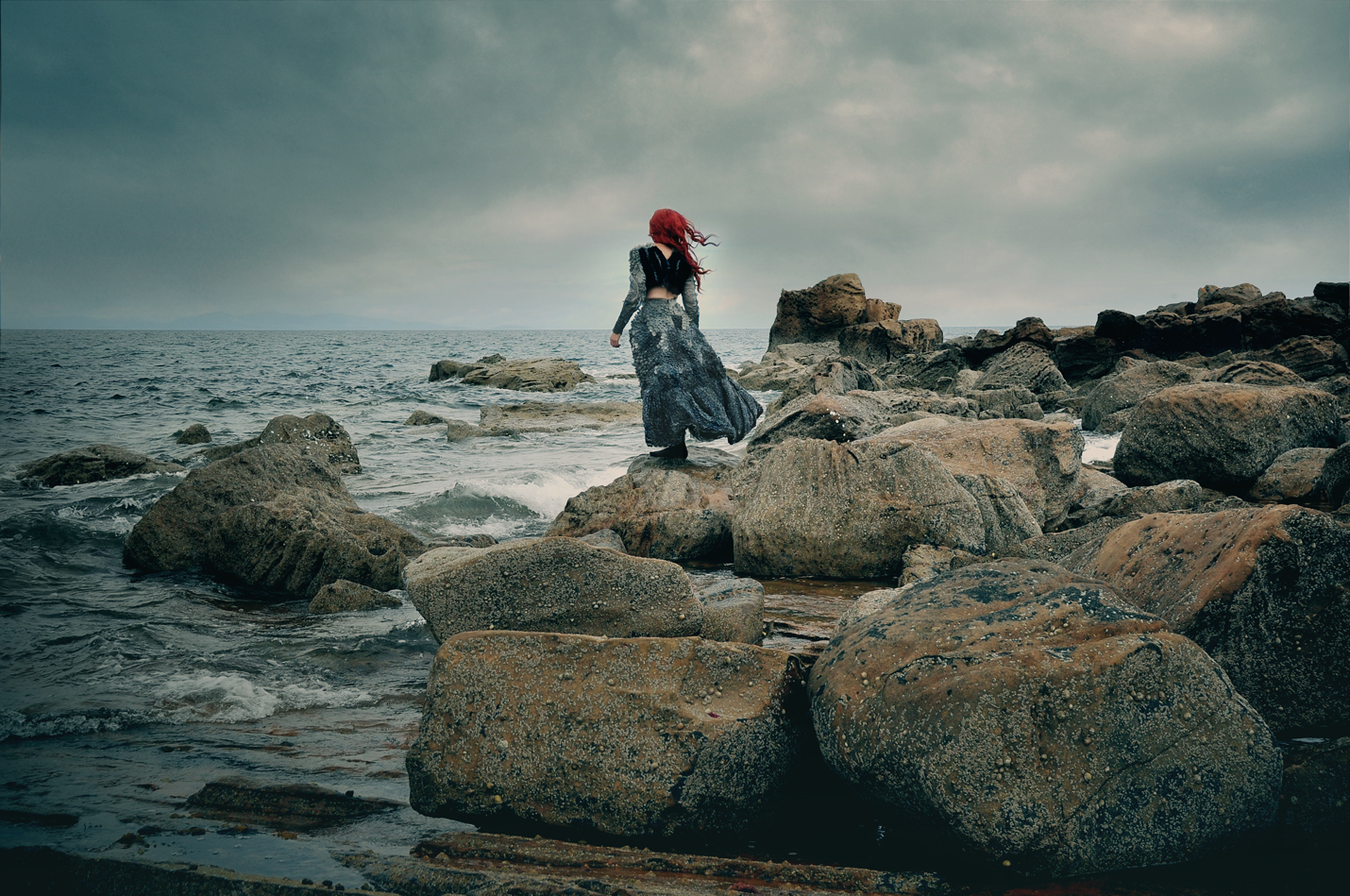