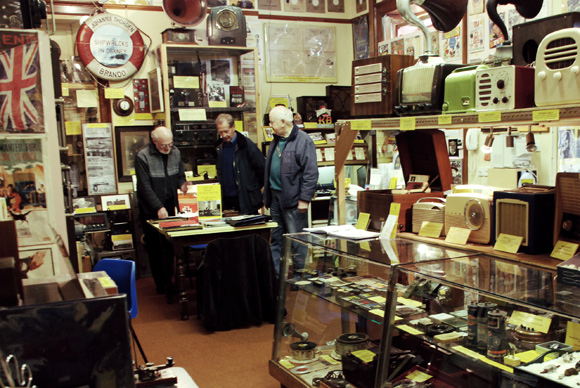 The early valve sets did not have built-in loudspeakers and you can see the ‘horns’ that were used. You can also see the big batteries that had to be used to power them, such as the 2-volt accumulators with lead plates and sulphuric acid. 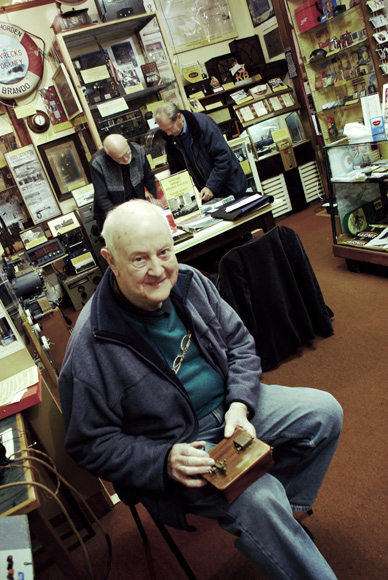 There are indeed radios for every type of situation. The Wireless Set No. 19 was designed for use in the back of a lorry or jeep, with two separate transmitter/receivers, one for short range and one for long range, plus an intercom for use in a tank. There is a suitcase radio that was used by agents and partisans in France and all over Europe. And there is a German U-boat communications receiver and a Morse key from a German plane shot down in Orkney in 1939. 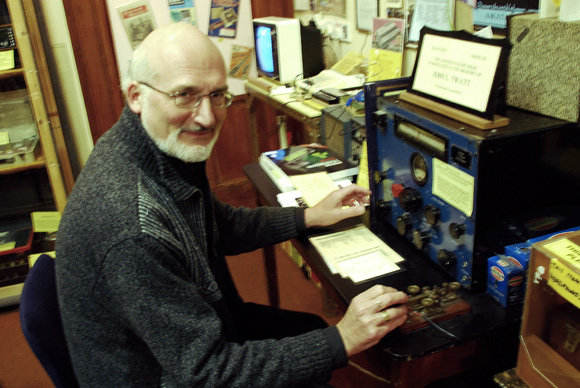