Exploration was to the fore in 2013, the bicentenary of the birth of the great Arctic explorer John Rae. The Festival was opened by the widely-travelled documentary film-maker Alan Ereira, who showed his new film, made with Kogi people of Colombia, opening up a dialogue with western science.

The Festival opened with a glimpse into the life of Greenland’s ice giants, with Dr Richard Bates describing his travels by kayak, out at sea or paddling along an ice-melt river.

The following day he was joined by other researchers in the study of the lost world of Doggerland, now buried beneath the sediments of the North Sea.

Topics ranged from the mathematics of knots to the physics of the organ pipe, from the study of solitary waves to news of the latest wave and tidal power devices.

What kind of land was out there? What did it look like? Was it wetland or canopy forest? That would have dictated what the people would use the land for. 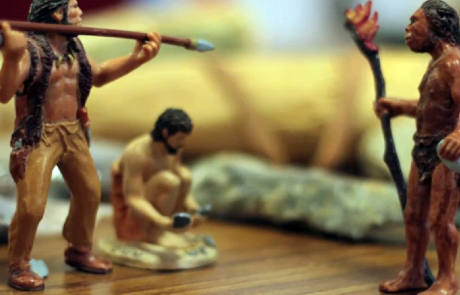 Hunters with spears scan an ancient landscape that now lies beneath the waters of the North Sea. The search for the lost world of Doggerland was the subject of two fascinating sessions... 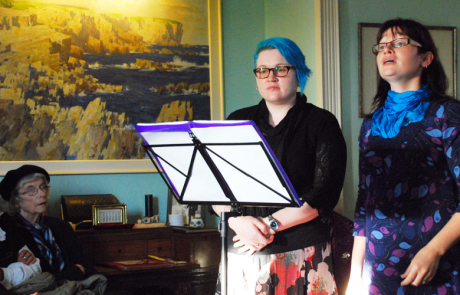 There was the story of exploration in the Arctic and in the depths of the sea, on Greenland’s glaciers and in the space probes pushing outwards through the Solar System. 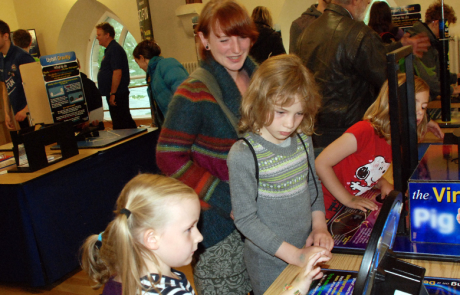 This was the year when you could handle a meteorite and steer a Mars Rover, try out Stone Age technology and wear an Iron Age hood, join the Dustbin Detectives and the Viking soap carvers, meet an oil production safety team and study life in the sea, learn to card wool and weave threads. 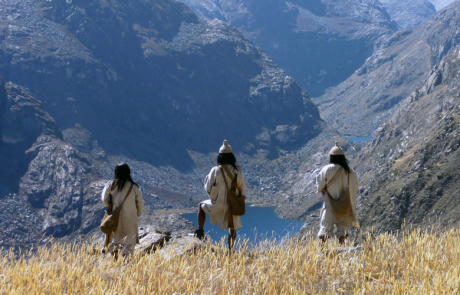 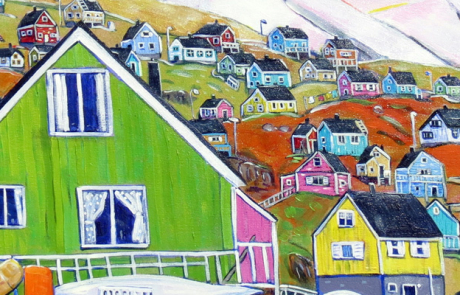 From Orkney to Canada Gallery

From Orkney to Canada

From Orkney to Canada

The exhibition of paintings by Sheena Fraser McGoogan and Jane Glue, From Orkney to Canada, with images of some of the places John Rae loved, on both sides of the Atlantic, will be at the Jane Glue Gallery in Finstown from 7 September to 5 October, Monday to Saturday, 10.30 am to 4.30 pm. 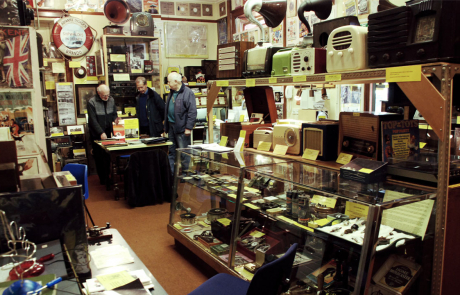 Orkney Wireless Museum is a treasure chest of history. It tells the story of radio from its very beginnings through times of war and on to today, and many insights into our ways of life as well as technical ingenuity. You can also see one of the crystals that were used and some of the tins in which they were purchased.