North Ronaldsay’s dark skies have achieved international recognition. The island has been designated as an International Dark Sky Community, one of just over 30 worldwide. It’s on an elite list that ranges from Flagstaff, Arizona, to Fulda in Germany. Only two other places in Scotland have this status – the island of Coll and the town of Moffat.

The announcement was made by the International Dark-Sky Association (the IDA) during an online event in the 2021 Orkney International Science Festival. The event featured Scotland’s new Astronomer Royal, Prof. Catherine Heymans, and the IDA’s Director of Conservation, Ashley Wilson.

Also taking part were some of the people on the island who have been working for long on the dark sky plans, along with lighting engineer Jim Paterson, over a period of more than ten years.

North Ronaldsay is the 13th community that Jim Paterson has helped attain dark sky status since his first success with Galloway Forest Park in 2009. Places he has assisted include the town of Moffat where he lives. He is currently well on with work to enable a dark sky application to go forward from the island of St Helena.

Commenting on the North Ronaldsay news, the IDA’s Executive Director, Ruskin Hartley, said: “We are proud to recognize and celebrate the efforts of this community that spent a decade raising awareness and encouraging residents to embrace their connection with the night sky. By making this commitment, North Ronaldsay will embellish their economy, preserve important seabird habitat, and ensure the stars and cosmic wonders are shared by all who visit the Dark Sky Island.”

A decade of effort

The foundations for North Ronaldsay’s achievement were laid by the late Kathleen Scott of North Ronaldsay Community Association. She coordinated visits by Jim Paterson and astronomer Steve Owens for surveys of the island’s skies and outdoor lighting, and she organised numerous astronomy activities in the island. These included talks, night sky photography competitions, and a weekend astronomy conference with speakers including Dr Marek Kukula of the Royal Observatory Greenwich who was interviewed by the writer Amy Liptrot.

“The night sky was incredible,” he said. “I actually found it hard to recognise the constellations because there were so many stars visible… You could see things there that you would just never see from London.”

The North Ronaldsay Trust continued Kathleen Scott’s work, and gathered further support from many people across Orkney and beyond. The former Astronomer Royal for Scotland, the late Prof. John C. Brown, agreed to become patron of the proposal and visited the island in 2018 with his wife Margaret. His successor, Prof. Heymans, is planning to visit the island during a future Orkney Science Festival.

Island of birds, island of sheep 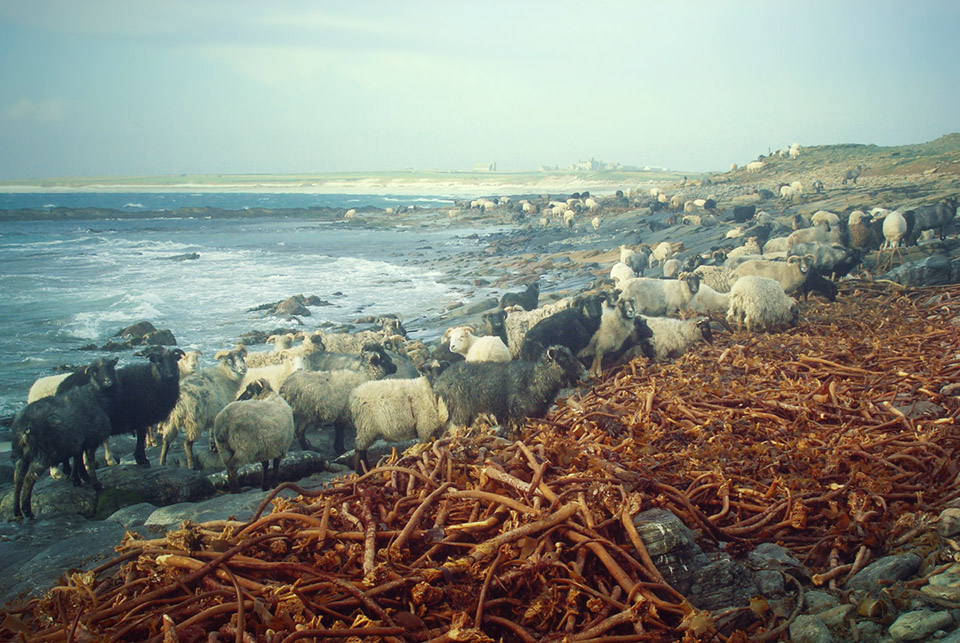 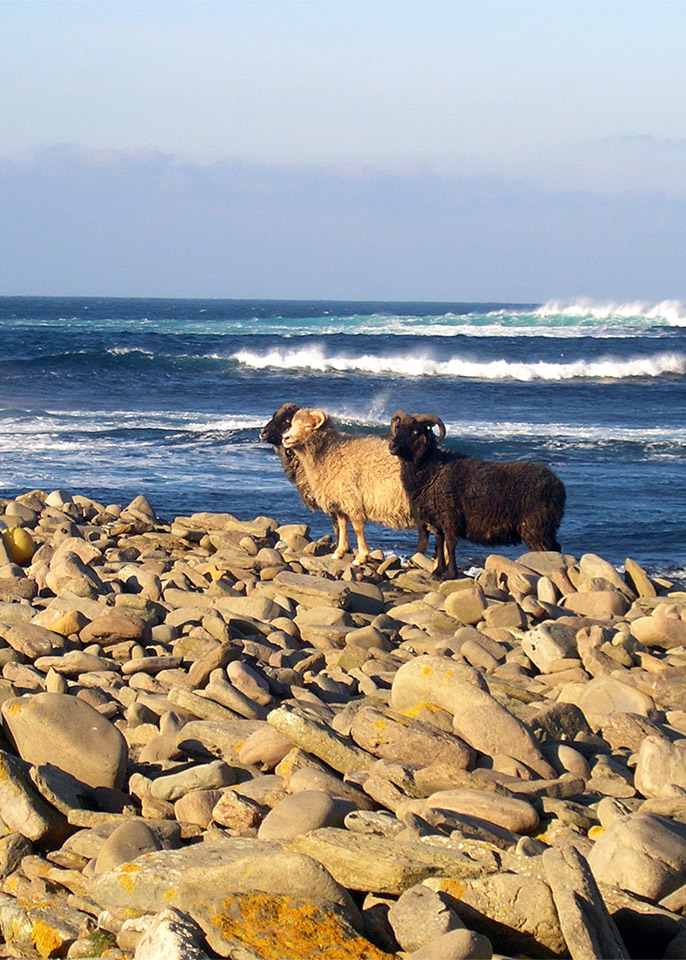 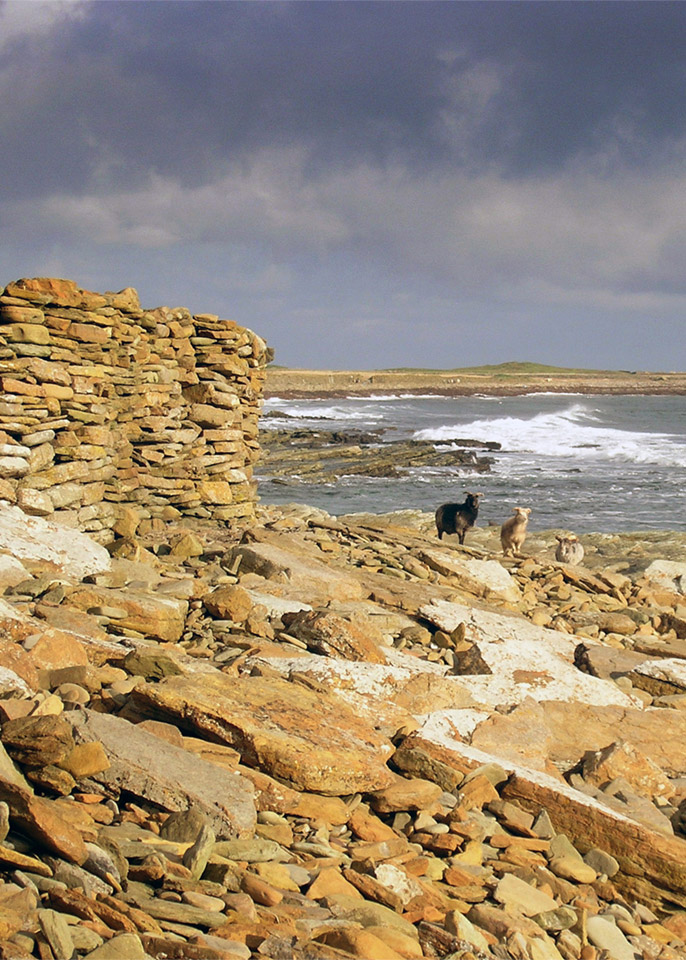 North Ronaldsay is Orkney’s northernmost island, with unique seaweed-eating sheep, confined to the shore by the 13-mile-long drystone sheep dyke. The island’s position on the bird migration routes brings visitors to its bird observatory. There are thrice-daily 15-minute flights from Kirkwall, and a shipping service that is weekly in winter, twice weekly in summer. After a period of population decline, numbers have started to grow again and are now above 60, and the school has reopened.

The island is known for the strength of the weather and tidal currents around it, which in the past caused many shipwrecks and the building of the UK’s tallest land-based lighthouse. “But in the autumn and winter months,” writes North Ronaldsay artist Ian Scott, “the island takes on another role, for then the night skies can be seen in all their majesty. On a clear, frosty night the stars shine and sparkle with even greater intensity in the blue/black velvety dome of the sky, with the constellations and planets making their rounds or the Milky Way tracing its great path across the heavens. And then, when the conditions are right, the Merry Dancers (the Aurora Borealis) can dominate the northern skies; sometimes a luminous, white changing curtain of light and at other times shimmering and dancing across the northern sky in beautiful colours of red and green.”

“This is exciting news, something that the island has been working towards for a number of years. North Ronaldsay benefits from big skies and no light pollution or atmospheric pollution, which gives heart-topping views of the moon, constellations and planets and of course the Aurora Borealis. We hope that dark sky status will increase visitor numbers over our dark winter months. There is a range of accommodation available for dark sky enthusiasts and a warm welcome awaits you.”

You can read Christine Muir’s description of Merry dancers in the North Ronaldsay sky, and see the entries in the 2020 North Ronaldsay night sky photography competition.