Part of the Homecoming Scotland year of 2009, the event For A’ That linked the message of Robert Burns’s poem of the same name with issues of social justice and environmental responsibility in the world today. It featured music from several traditions, and a stunning finale with Kirkwall City Pipe Band. Superb images of Australian scenery and wildlife were provided by Debrah Novak of the Daily Examiner in Grafton and by the Macleay Argus of Kempsey, New South Wales. Here are some pictures from the event and more quotes from the script.

Magda: We get so much wildlife around our house because of the trees we’ve grown. Stan started planting them when we moved in, more than thirty-five years ago. He kept a record of their progress in his diary, right from the start.

January 20th 1973. It has been poor grazing land for decades, but now subdivision for rural settlement has taken place, and house blocks are on the market, each one of several acres in size. The one we buy is four acres of grassland. All the trees have been cleared except for three. We have to do something about it.

Magda: Australian wildlife is a pleasure for everyone to share. Early in the morning is a good time to see kangaroos and wallabies. They often graze by the side of the road. They look at you curiously, with their ears upright, and then when you get close they hop away.

Stan: They like to lie in the sun in the bunkers on a golf course near us. They find it very comfortable to stretch there.

Dot: And we have the sea as well. We live not far from the Pacific Ocean, and we can go down to the beach and see the waves breaking.

Magda: And we live near the Clarence River which enters the sea at the port of Yamba, where the fishing boats sail from.

December 14th 1974. We roll up our sleeves and we plant the first seedlings. These are tiny pioneers subject to trial and error, sometimes downpours of heavy rain, but more often long periods of drought. It’s hard work carrying water up the slop from the dam.

June 8th 1980. The years are passing, the chlldren are growing up – and the growth of the trees is encouraging. Perhaps one day it may be a forest and a dream of restoration realised.

April 10th 2000.  Pathways wind among the numerous beds of clustered trees, and each bed is a mass of leaves. The trees are standing tall and strong together. It was once bare land and it’s now a forest.

August 15th 2008. Little birds flit from branch to branch. The kookaburras laugh joyously from high in giant eucalypts. Kangaroos and wallabies move slowly along the pathways. Little lizards dart in around the leaf beds.

It was in the middle of the night that we heard it – a grunting sound from near the gully. It was repeated many times.

So in the early morning we search the forest. And then, high in his favourite type of tree, a forest red gum, we see him. And I feel that all the work we have done over the past 35 years has been worthwhile.

He is securely positioned on a branch near the trunk, which is swaying gently in the breeze.

You may think that you are heading into the dark, but the world has faced darkness before and come out into the light. You may think that the land is harsh and bare, but deep in the earth the seeds are growing that will one day be a forest of tall trees. Stand together through the storm and the darkness, and the light will surely come. 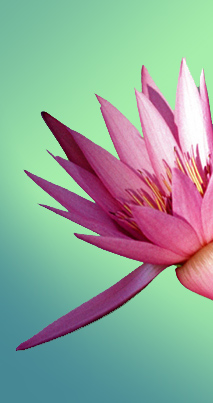 It’s not always easy to do that. To stand up in the teeth of the winter gale and face its full ferocity. And sometimes when you stand up you think you’re on your own. Each of us thinks that. But you stand there and you take the full force of the weather, and after a while you find you can cope with it – and then, heaven be praised! – someone comes quietly up and stands alongside you. You stand together… and then a third one comes forward. And you don’t care how many thousand others are against you because you are so proud and glad to stand in that company.
And then one more comes forward to join you – and one more still. And before you have fully realised what is happening, an army is gathering round you, an army prepared to go down together – or to drive forward and win.