A marine exploration vessel with a difference has now reached Shetland, on a voyage inspired by a tiny Pacific island, with Orkney as its next destination.

The project started in 2012 with a voyage from Mexico to Clipperton Island, a tiny atoll in the middle of the East Pacific Ocean. With an area of only 9 square kilometres it was just a dot in the ocean. It was a vision of paradise, surrounded by a perimeter of white sand and palm trees, with a fresh water lake at its centre.

Twenty-two voyagers from nine countries there – a mixture of scientists, doctors, historians, entrepreneurs and artists. They found that despite its remoteness the island’s shore were littered with discarded plastic waste borne thousands of miles on ocean currents. The plastic ended up in the stomachs of sea birds and in their nests.

That discovery of pollution in paradise made the team determined to visit other environmentally fragile parts of the world. Their second expedition was to the island of South Georgia in the Antarctic Ocean. There they found the same plastic pollution, including a turtle with a plastic bag in its stomach. They saw at first hand the plight of sea birds including the Wandering Albatross, now close to extinction.

Further expeditions have followed, and each, says Jon Bonfiglio, has underlined the extent to which humanity has made its mark everywhere on the globe: an isolated position is no protection from that impact. He notes that in India, for example, the average person discards 24 kilos of plastic a year, a figure set to double by 2050. “Clipperton Island generated this awareness, a reflection on all of us,” he says, setting out the project’s intent.

The project has now visited 26 countries and reached an audience of over 300,000 people through exhibitions, presentations, workshops and events as well as making its presence felt on Facebook and Twitter.  It seeks to bring together passionate people and voyagers from different professions and backgrounds, united in their belief in the spirit of exploration and the need to take responsibility for environmental impacts.

“We want to engage with people to bring home how the actions of every individual matters, how important it is to be an active citizen and to recognise the global implication of your citizenry,” says Jon Bonfiglio. “We want to help people make good choices.”

In Shetland the expedition has he said “been led by the welcoming reactions of people and what they tell us.” Underwater exploration has involved seabed surveying and drawing, collating and sampling materials. A beach scavenger hunt with primary school children taking part was a particular highlight.

Next stop will be Fair Isle, and then the ship will sail for Orkney, to take part in this year’s Orkney International Science Festival.

Jon Bonfiglio will give the Festival’s opening talk on 4 September in Kirkwall, which will be this year’s Grimond Lecture. The Lecture was established some twenty years ago to commemorate the role played by the late Lord and Lady Grimond in developing and encouraging fresh ideas to tackle the challenges of our time, locally and nationally. In his presentation, Jon Bonfiglio will highlight the value of exploration in science, in art and in life. 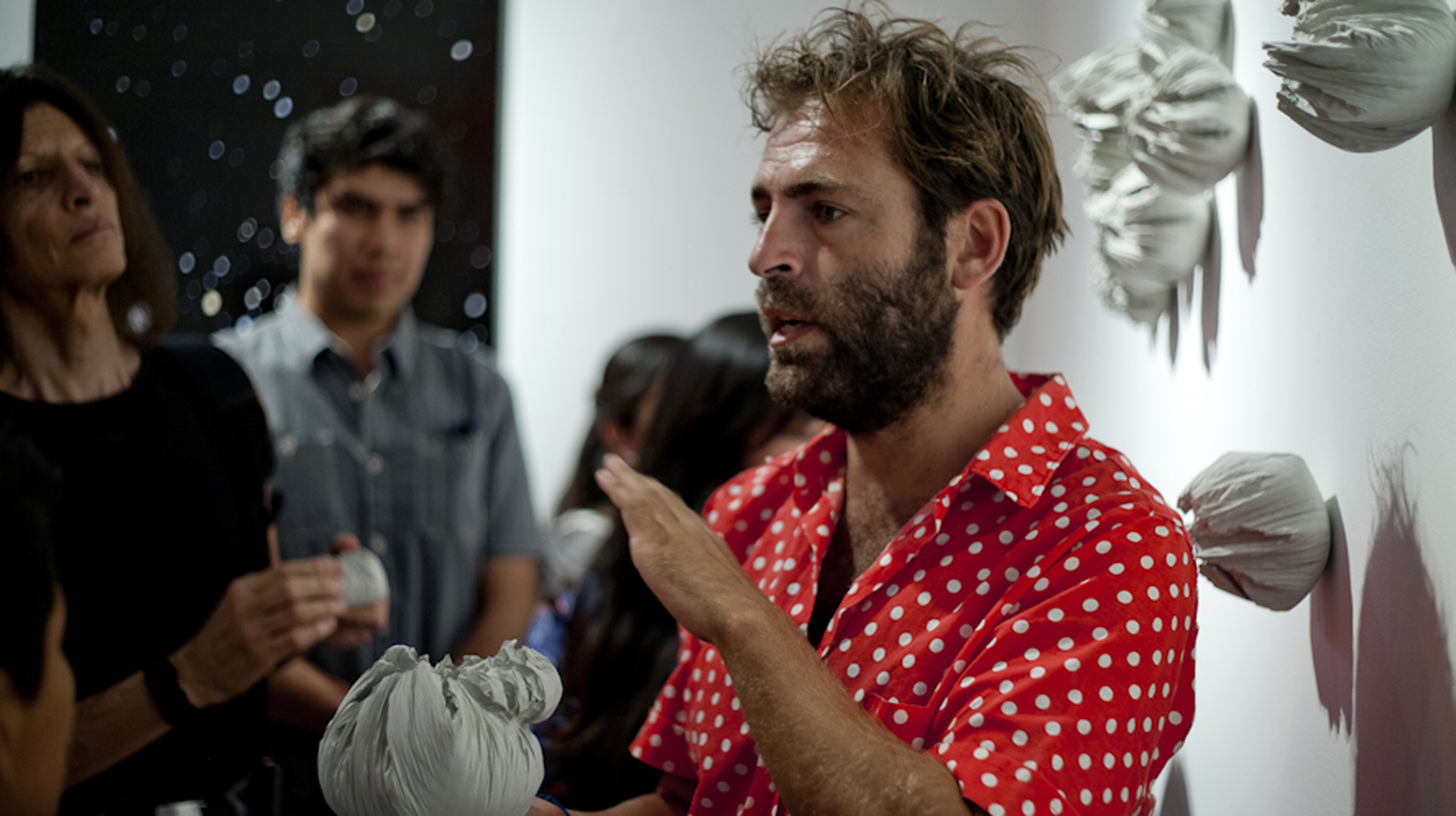 “We are all explorers who can join forces to address environmental issues for the common good,” says project director Jon Bonfiglio, a writer and producer who lives in Mexico.”

”We’re not just dealing with one issue or goal of scientific research. The Clipperton Project will highlight some of the greatest issues of our time which cause irreparable damage to fragile ecosystems. We will highlight how humanity is impacting the global environment as a whole even in such remote places as South Georgia and Clipperton Island.”

”The spirit of the lecture will be about opening up space and promoting internationalism in this field,” he says. “We can all be explorers in one way or another and it’s also about what we can do locally to value and be aware of the environment around us.”