In a lifetime’s career in marine salvage, Alec Crawford has explored wrecks from remains of the Spanish Armada to the SS Politician, the vessel made famous in the film Whisky Galore – and also the White Star Liner Oceanic, which, when built in 1899, was the biggest and most luxurious ship in the world. Widely regarded as an ‘undiveable’ wreck, lying somewhere off the remote island of Foula, it was one of the ultimate underwater challenges. 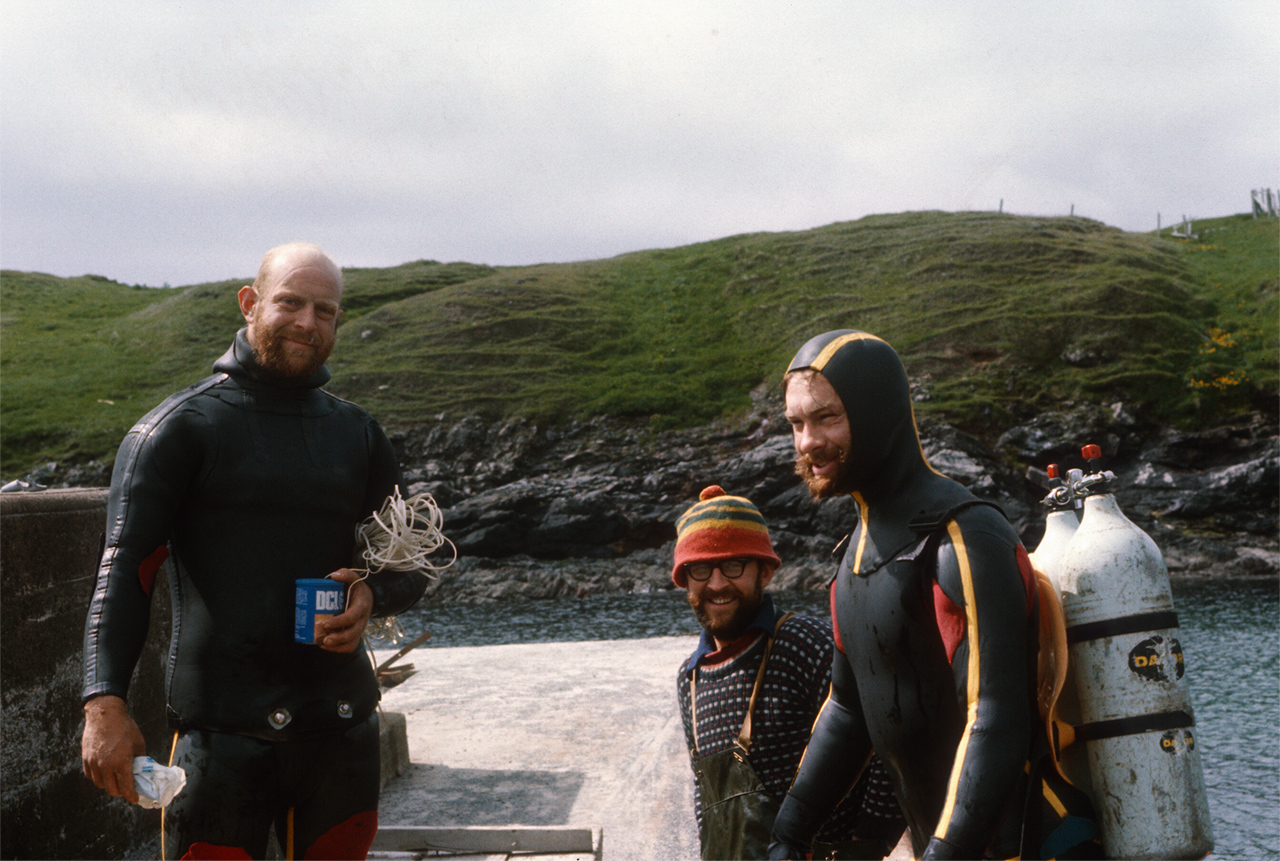 The Team, Alec, Simon and John-Andrew 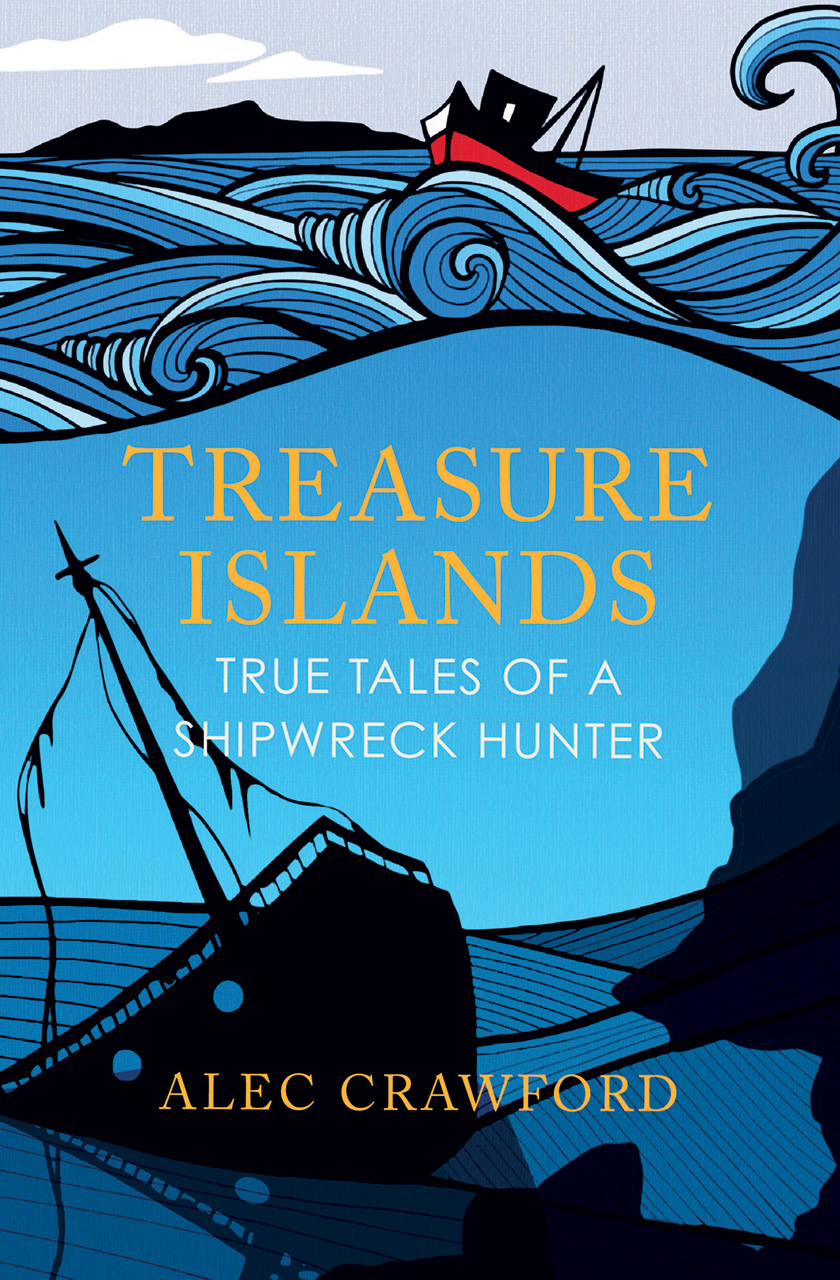 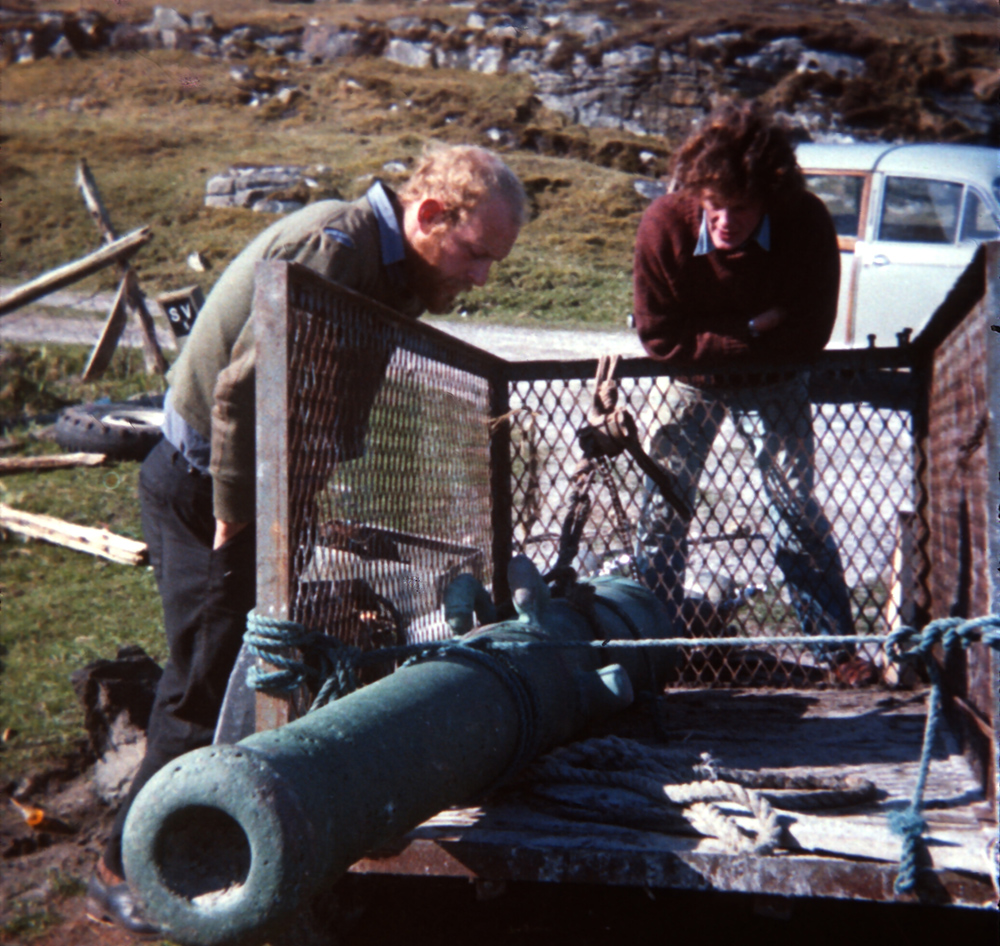 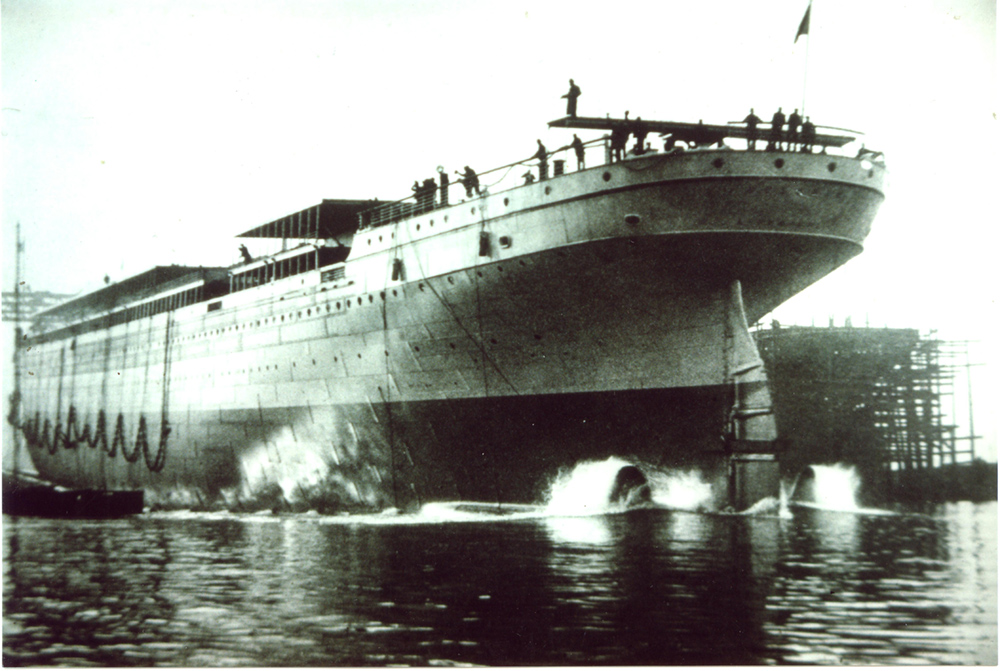 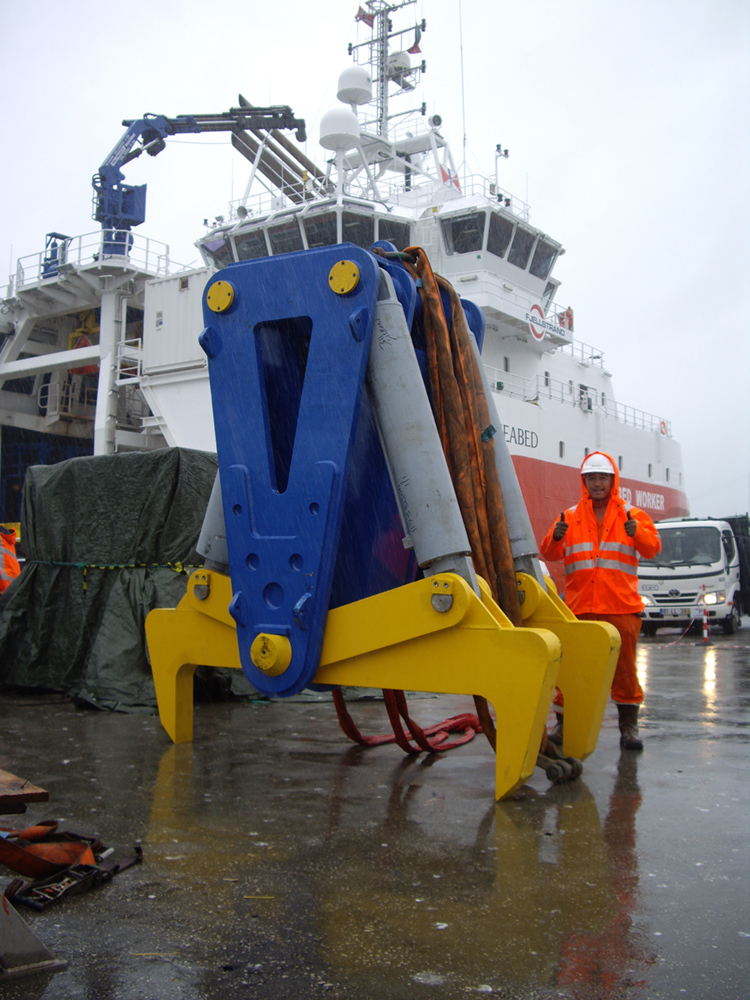 At 7.5 tonnes this is the smaller deck removal grab that we designed to be used at full ocean depth as the family business progressed. 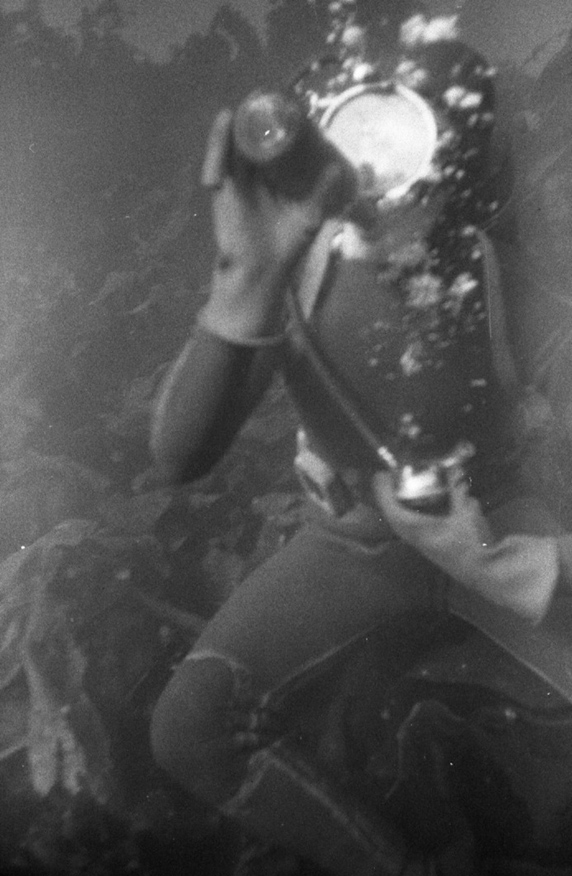 A whisky bottle recovered from the SS Politician 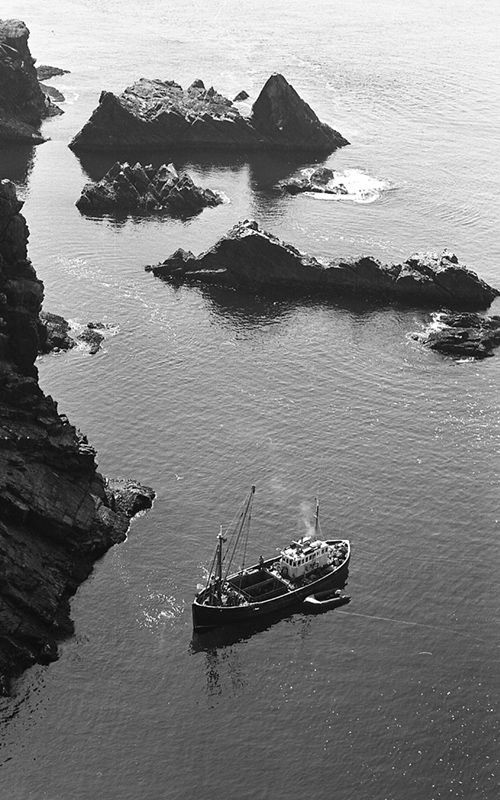 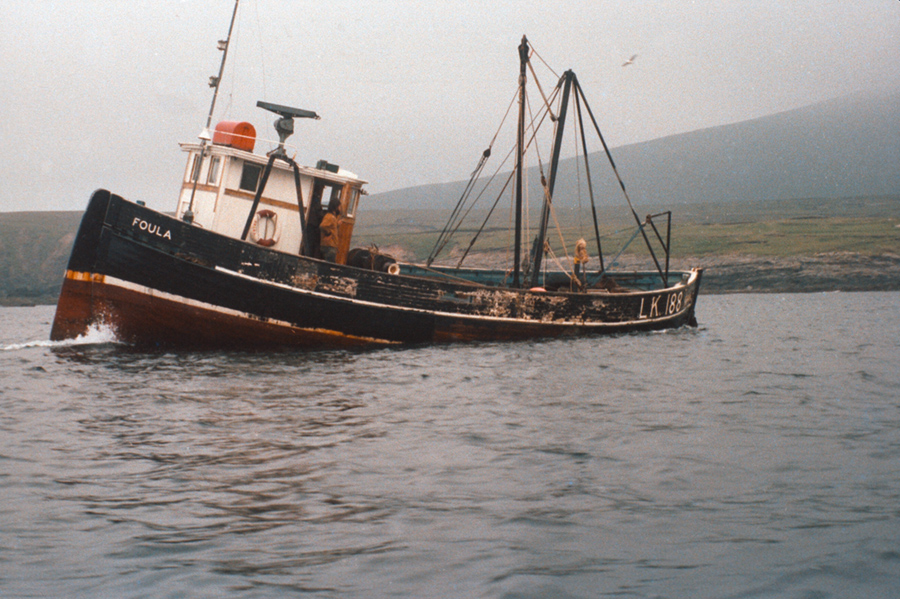 Trygg lifting over the bow a 14.5 tonne bronze central propeller boss and taking it to Foula. 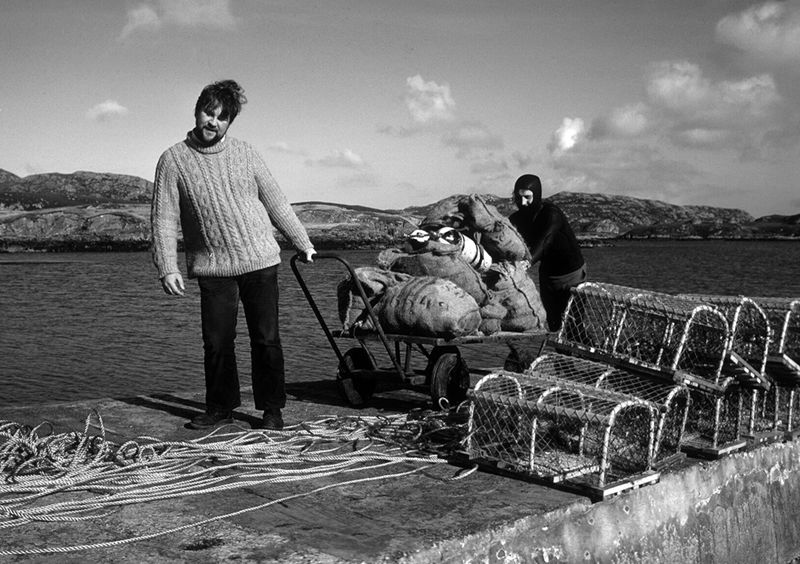 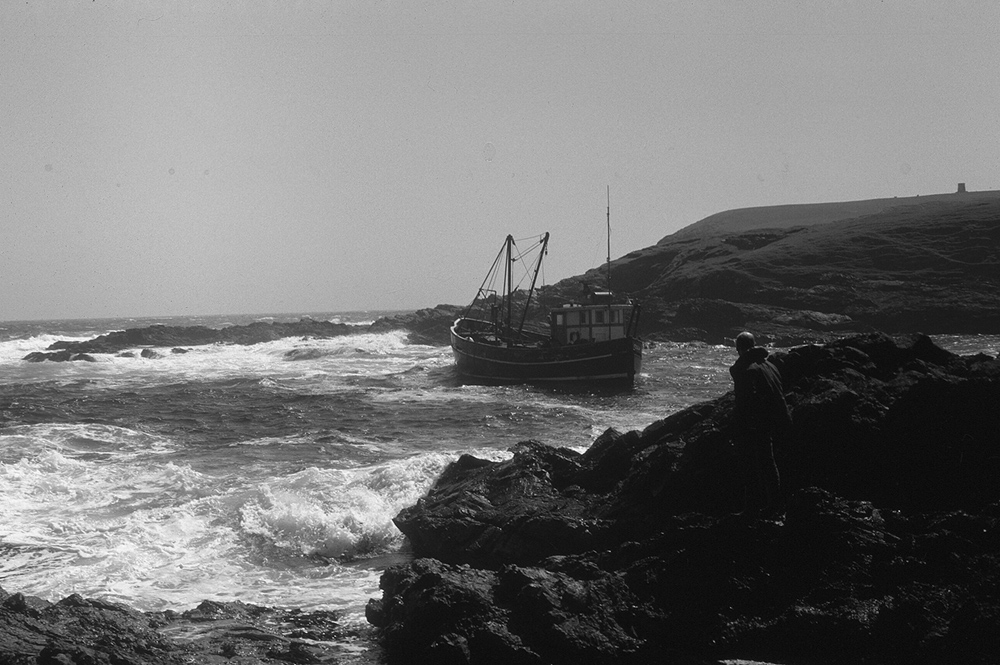