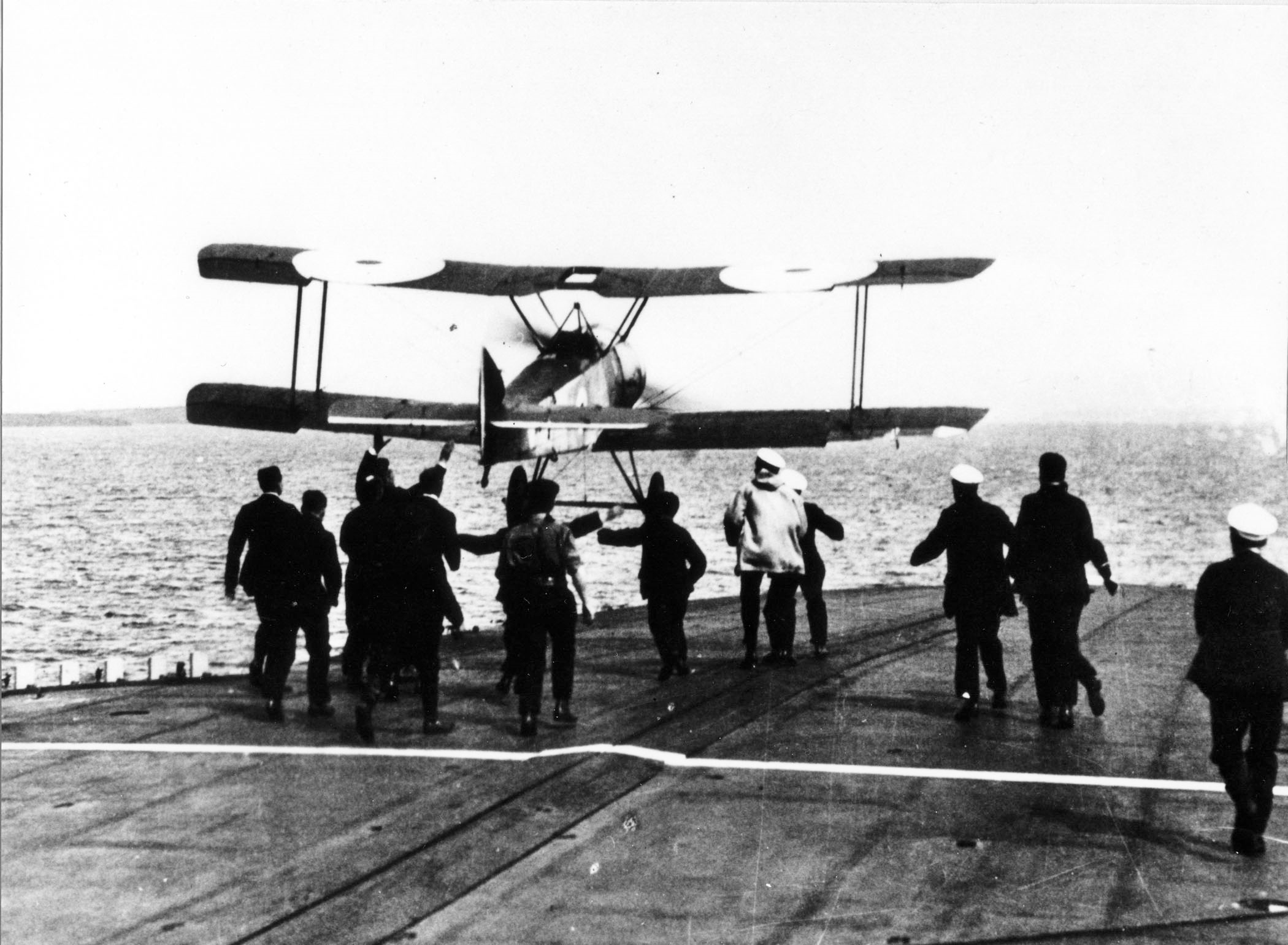 It happened in Scapa Flow on HMS Furious in 1917.

“Furious was in the Flow that summer, and on 5 August Commander Edwin Dunning, flying a Sopwith Pup, managed to dodge the superstructure before a last-minute turn to windward and a triumphant touch-down on the flight deck where willing hands were waiting to hold the plane back once it was on the deck, there being no arrester-wires in those days.” (W. S. Hewison, This Great Harbour)

Naval historian David Hobbs, a former Commander in the Royal Navy, reflects on the career and life of Squadron Leader Dunning, the first man to land an aircraft onto a moving ship.